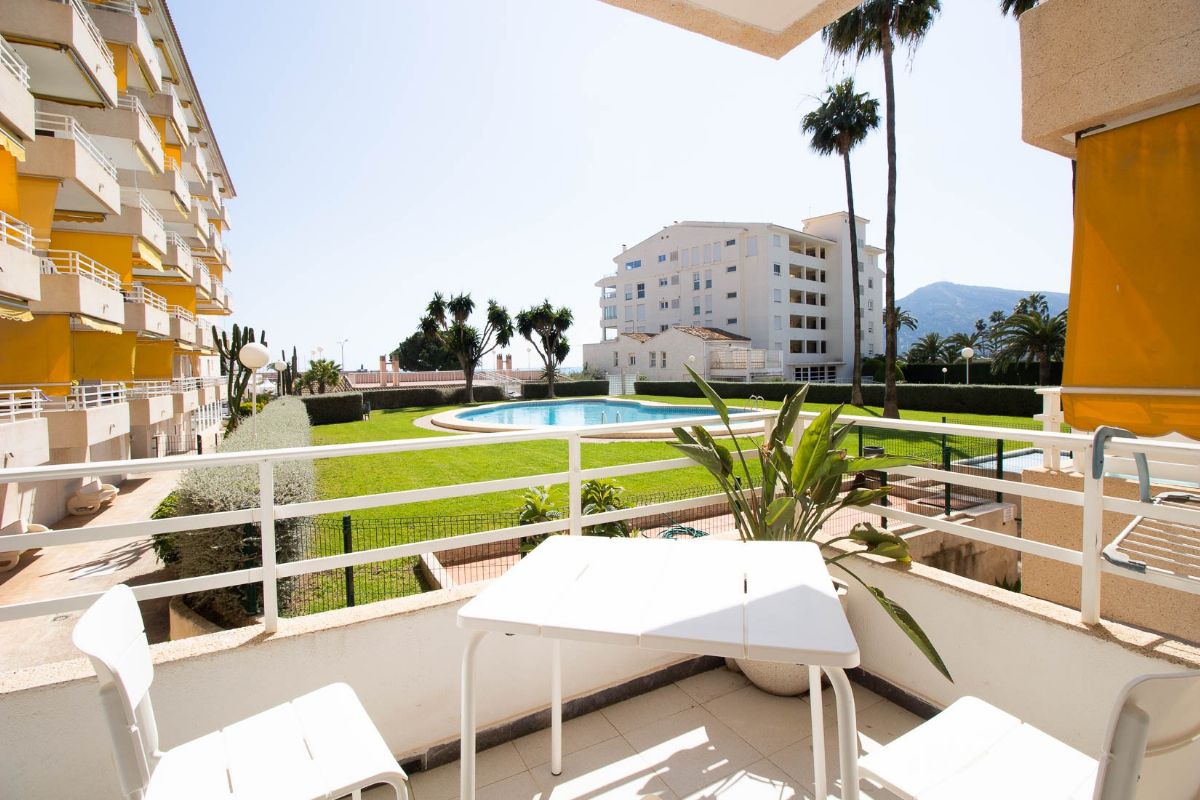 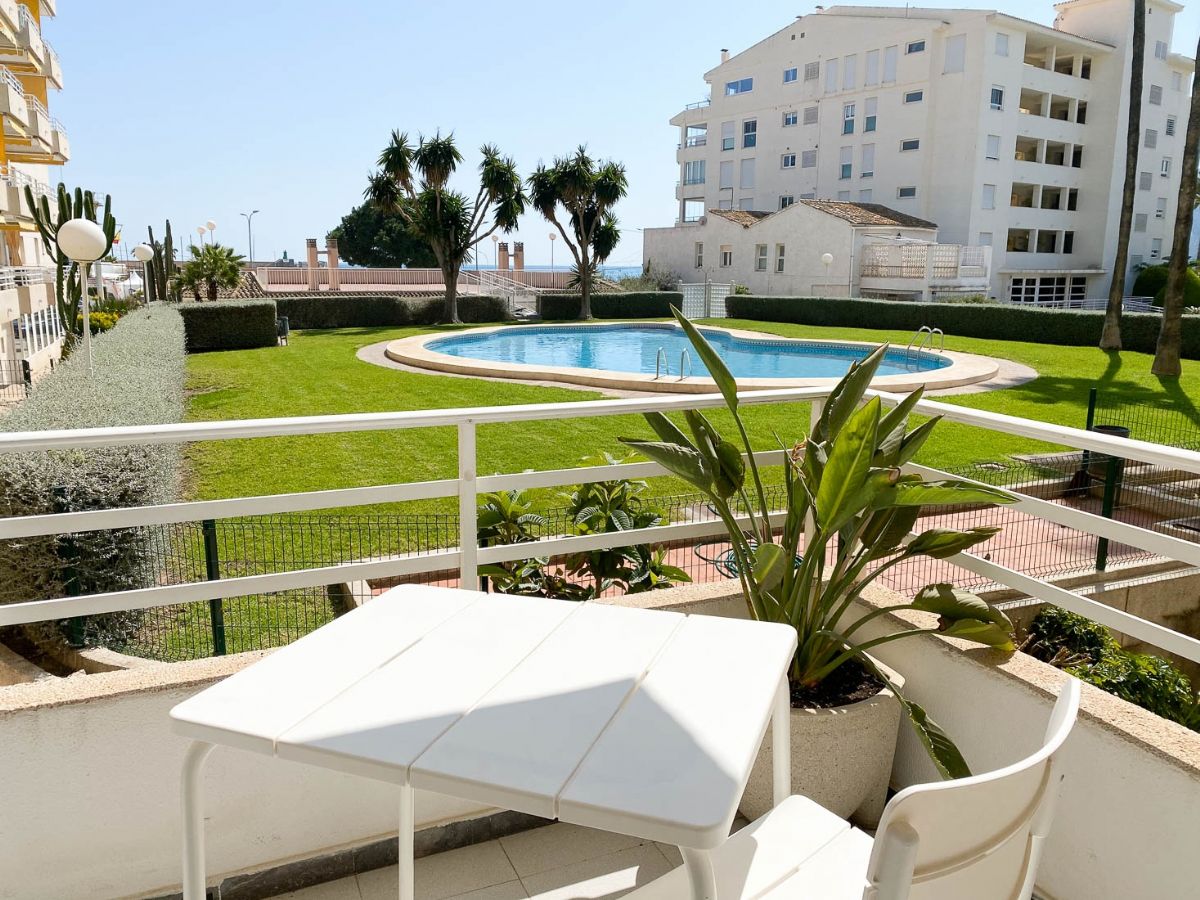 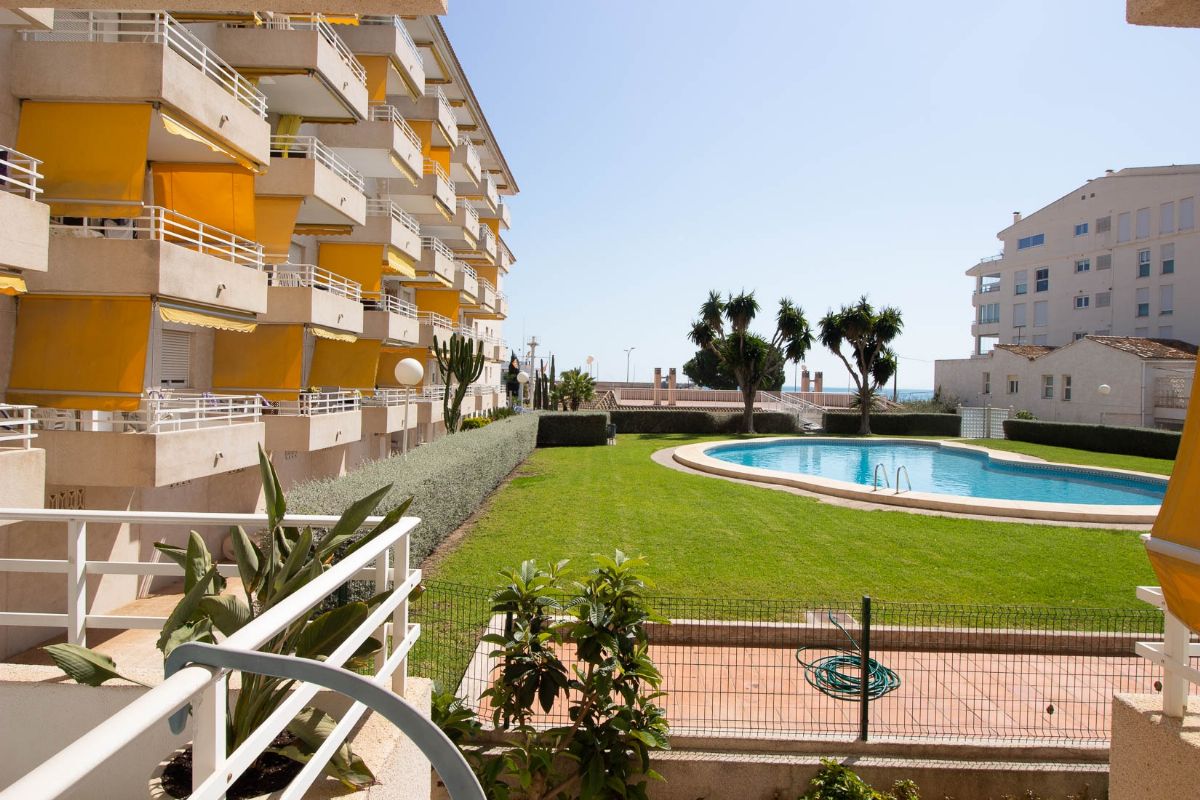 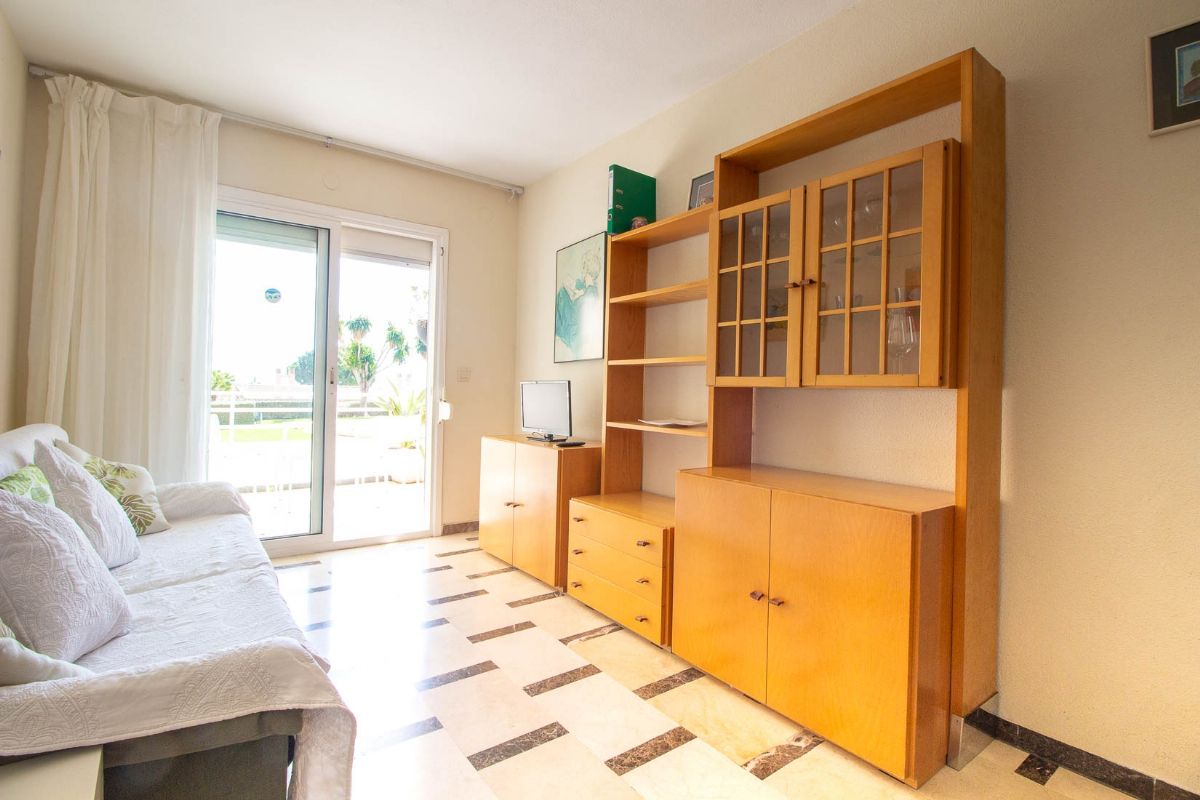 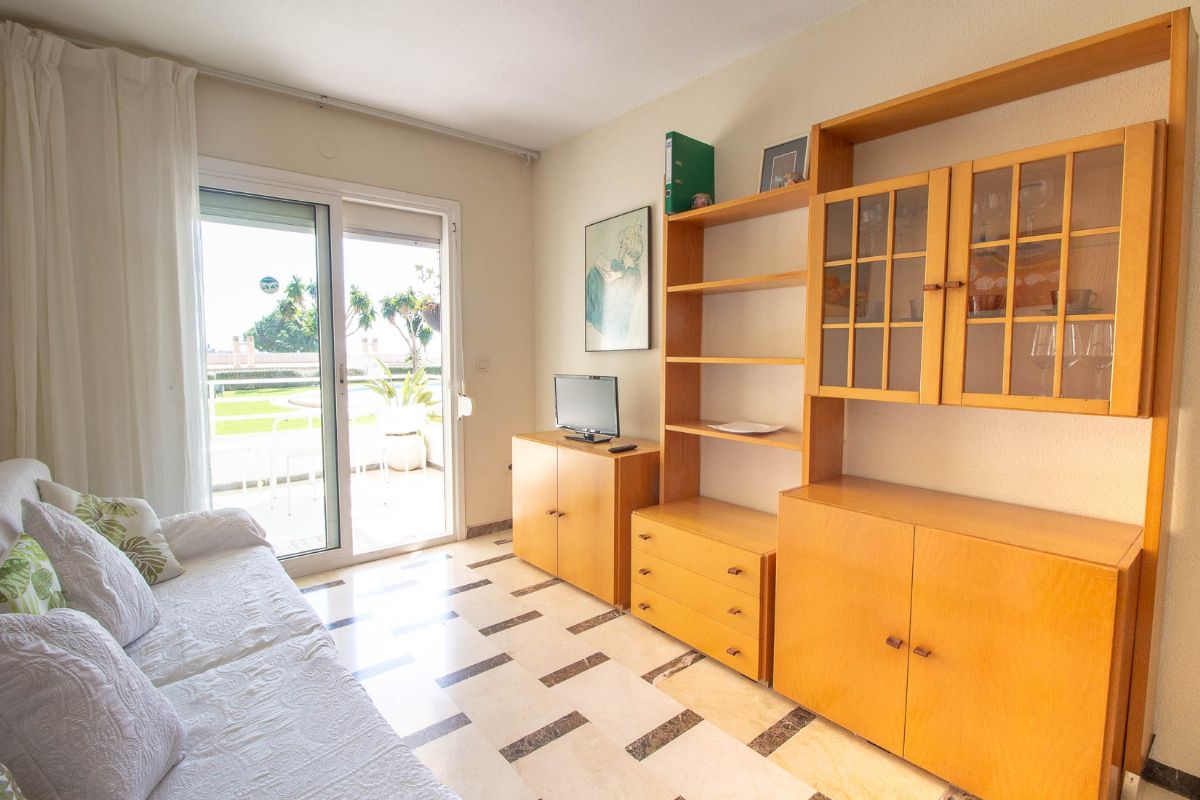 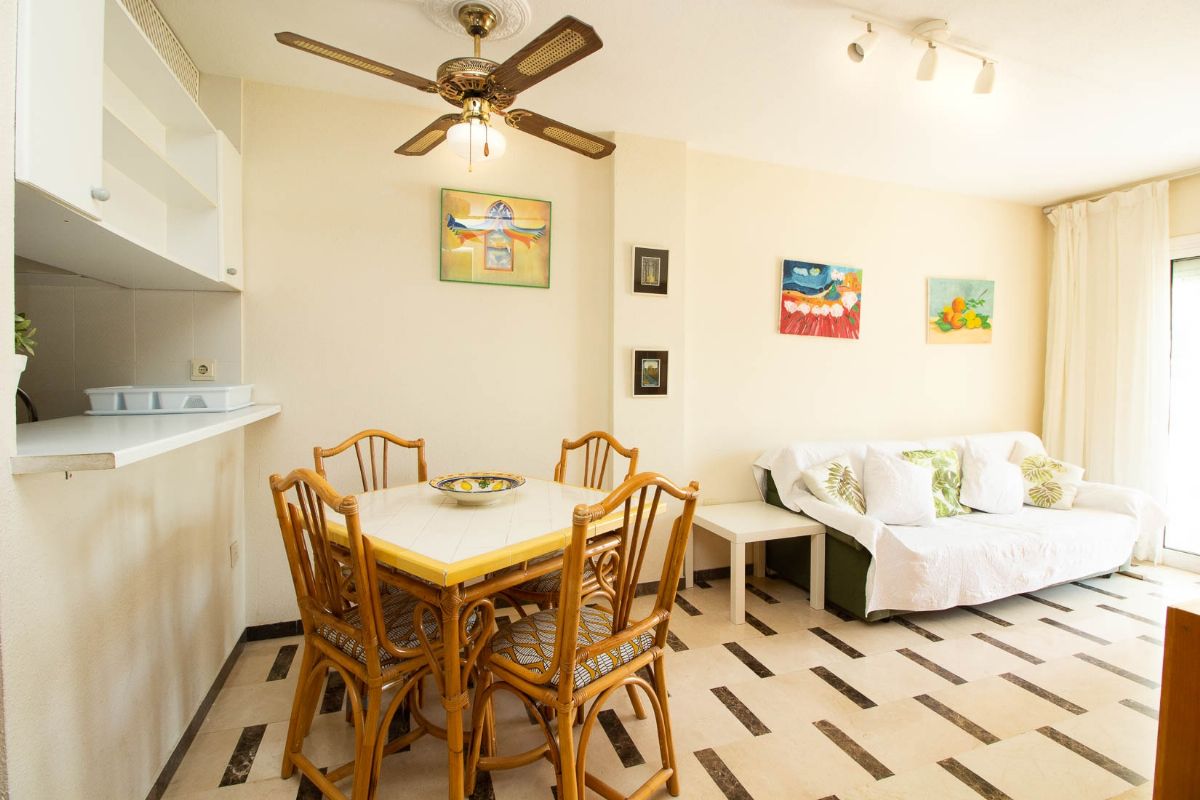 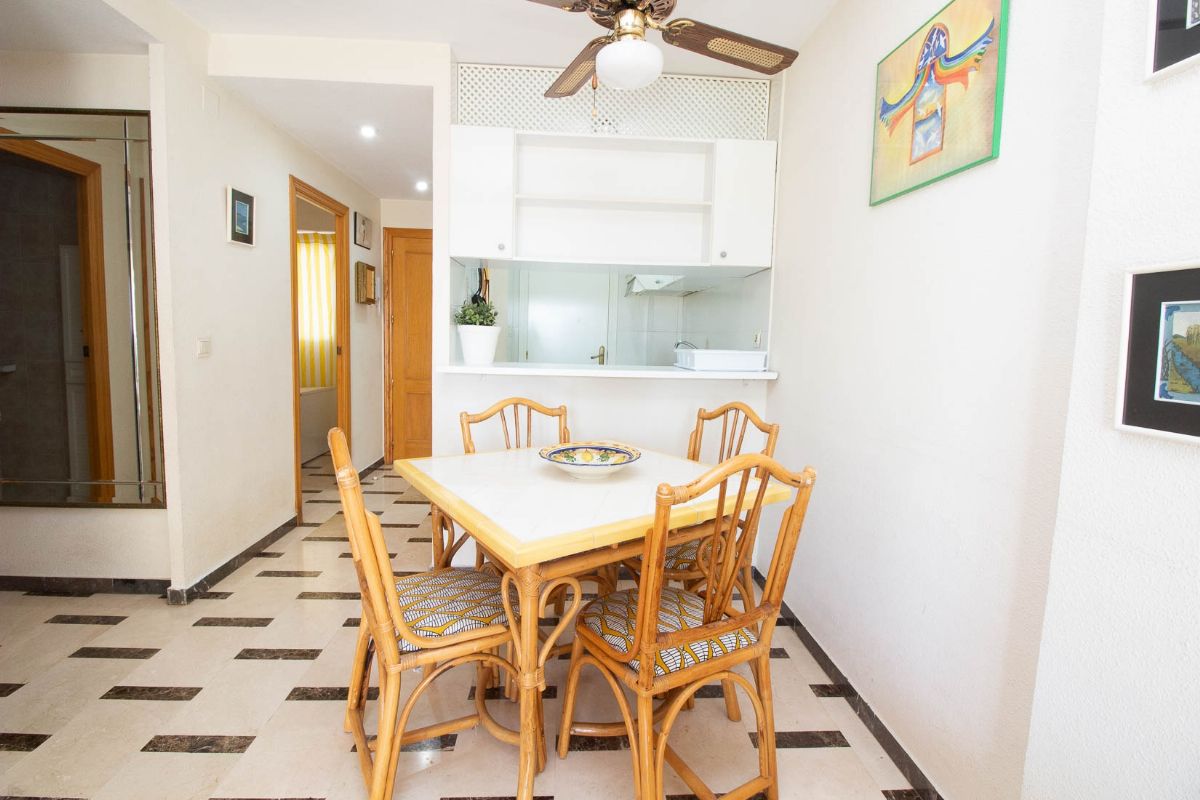 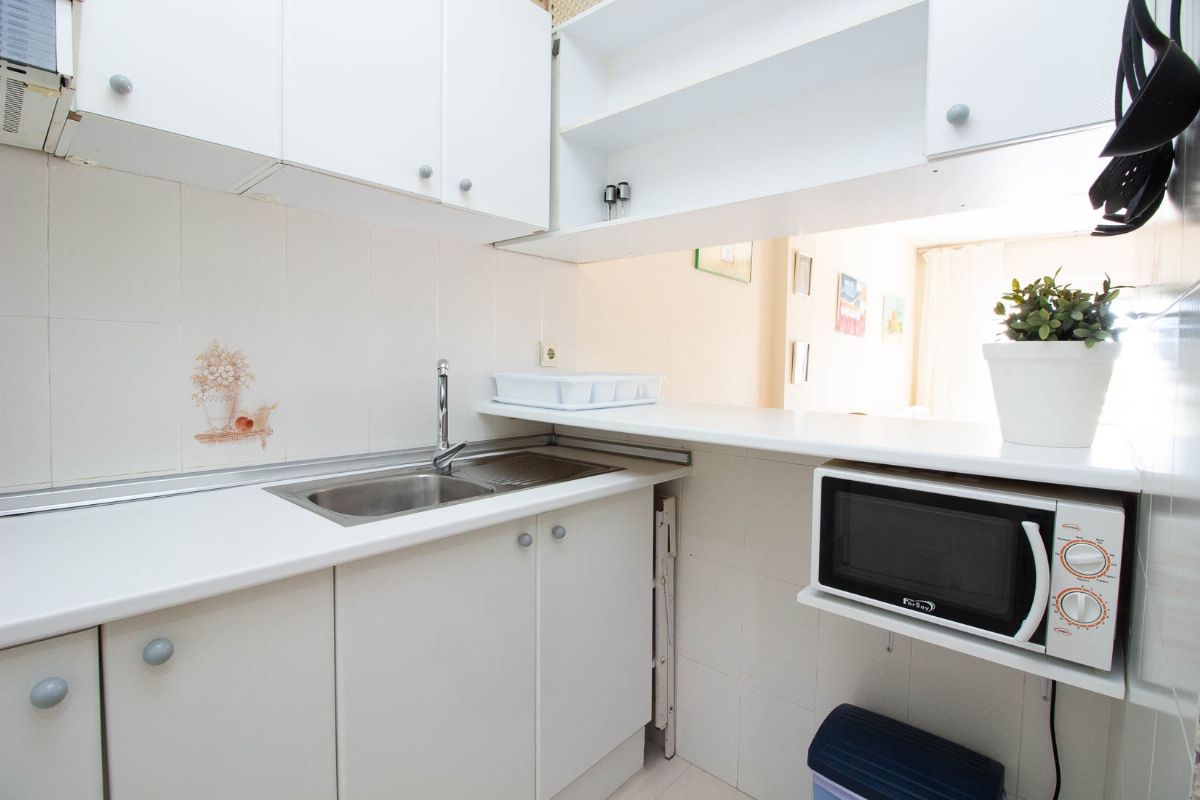 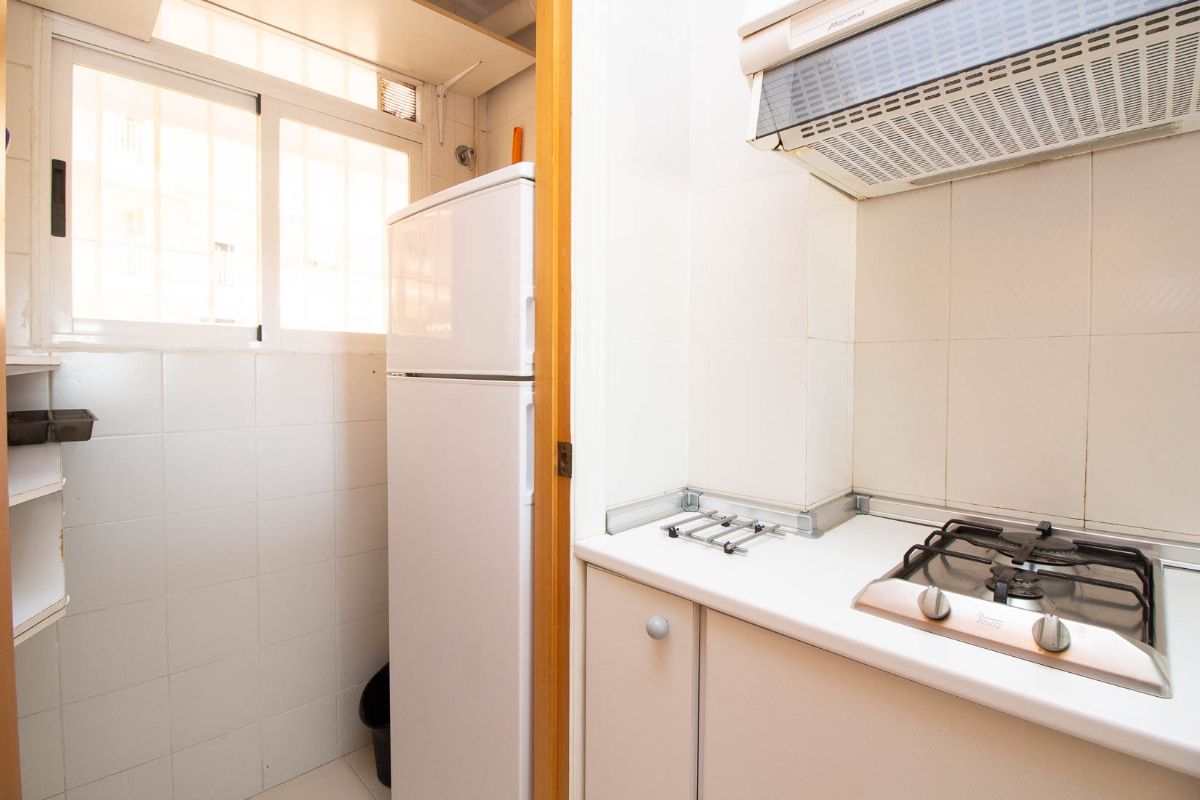 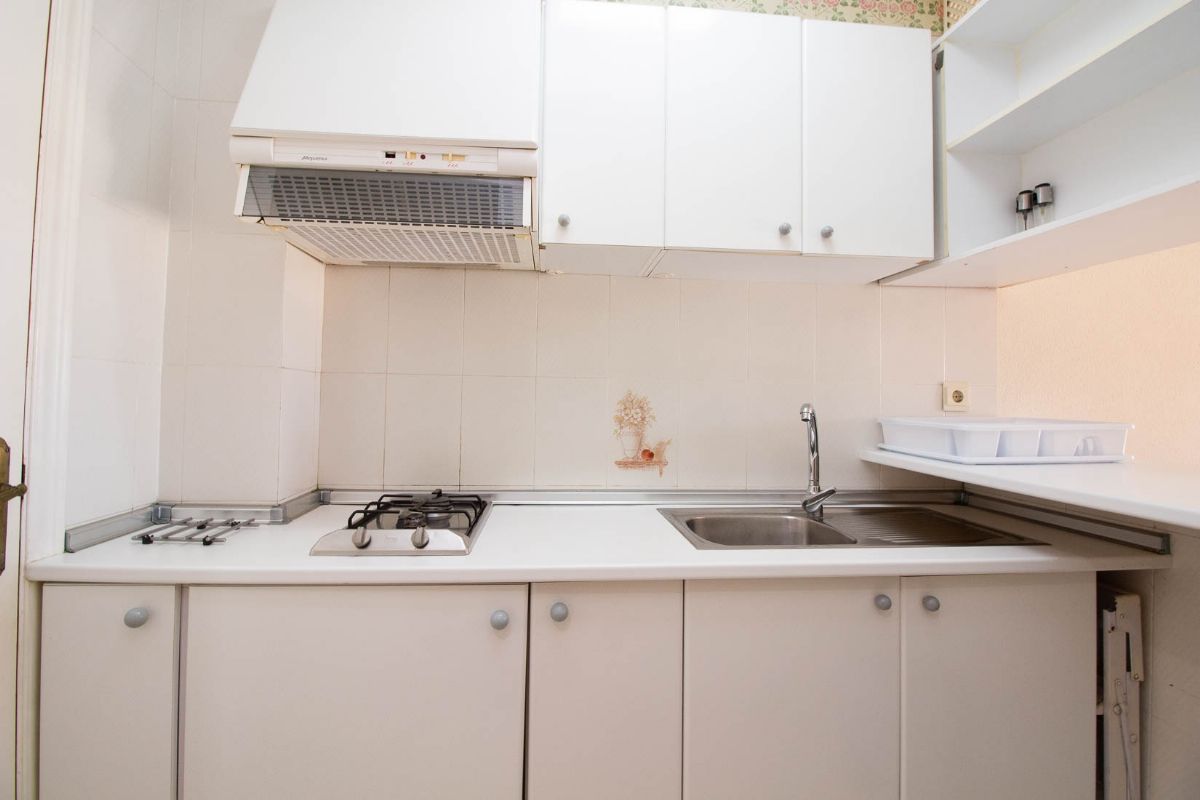 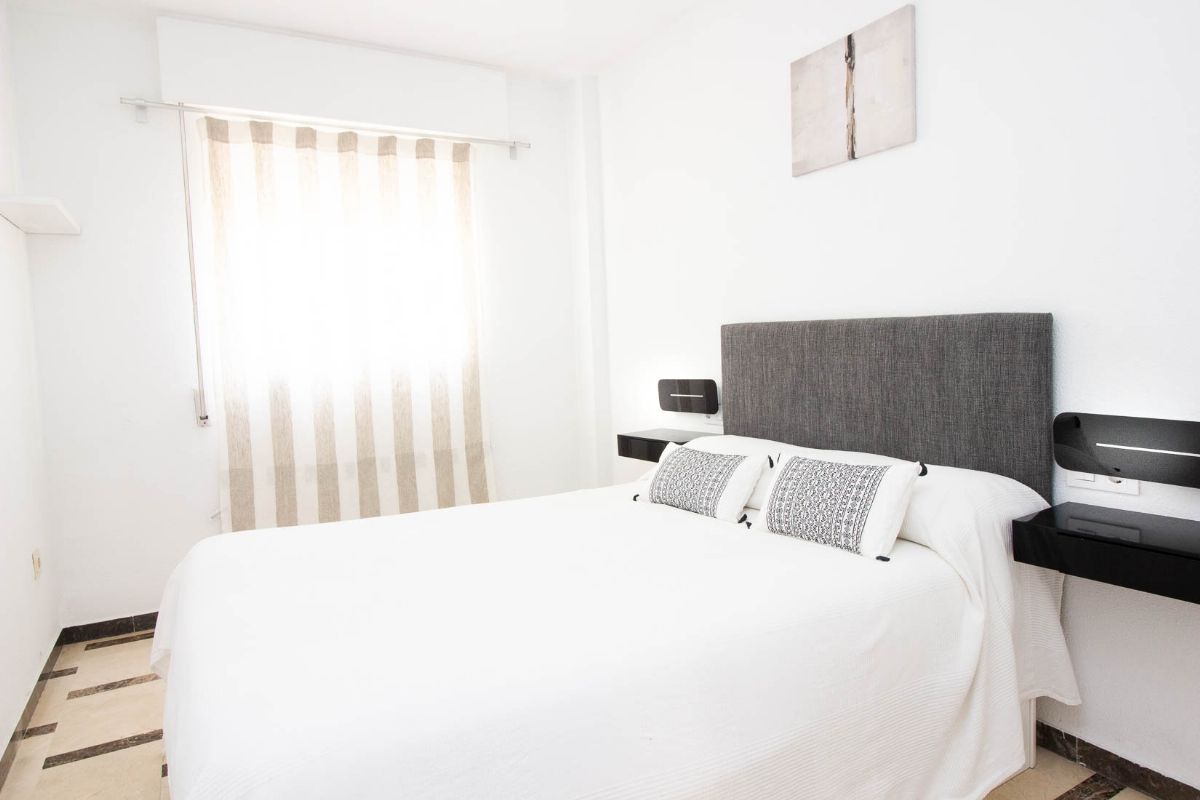 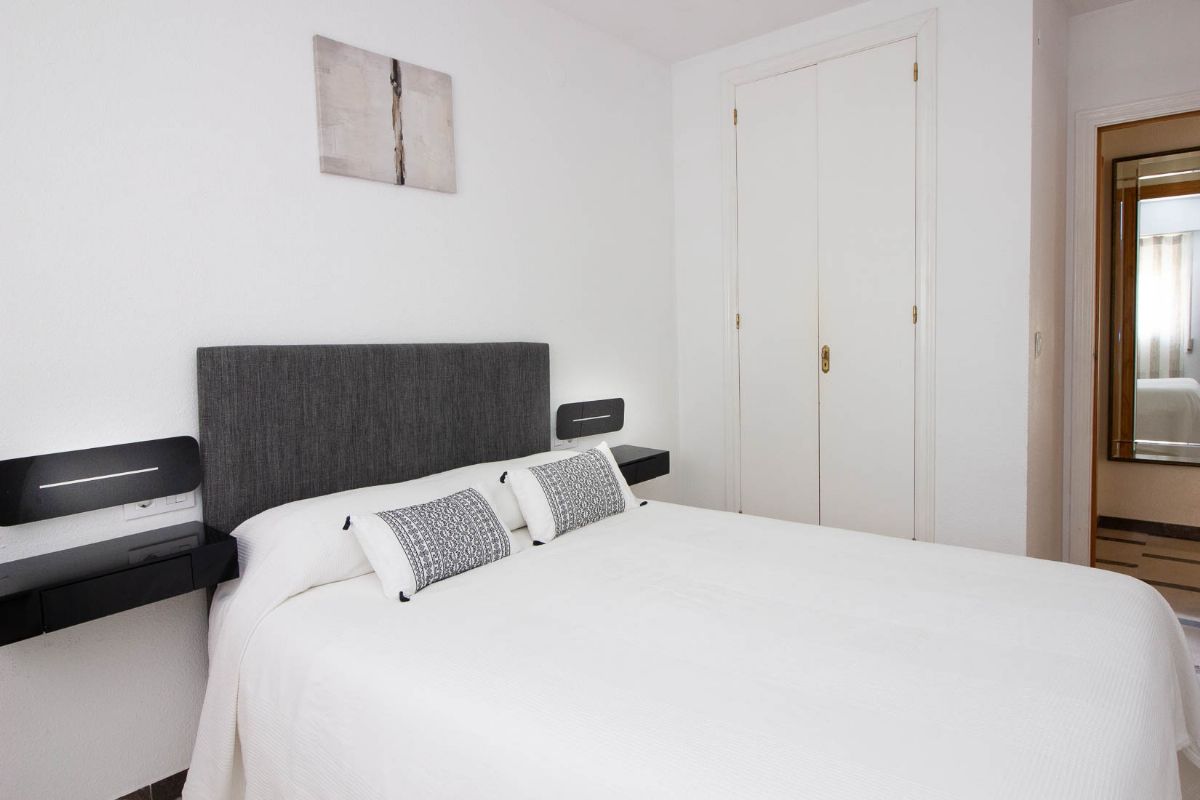 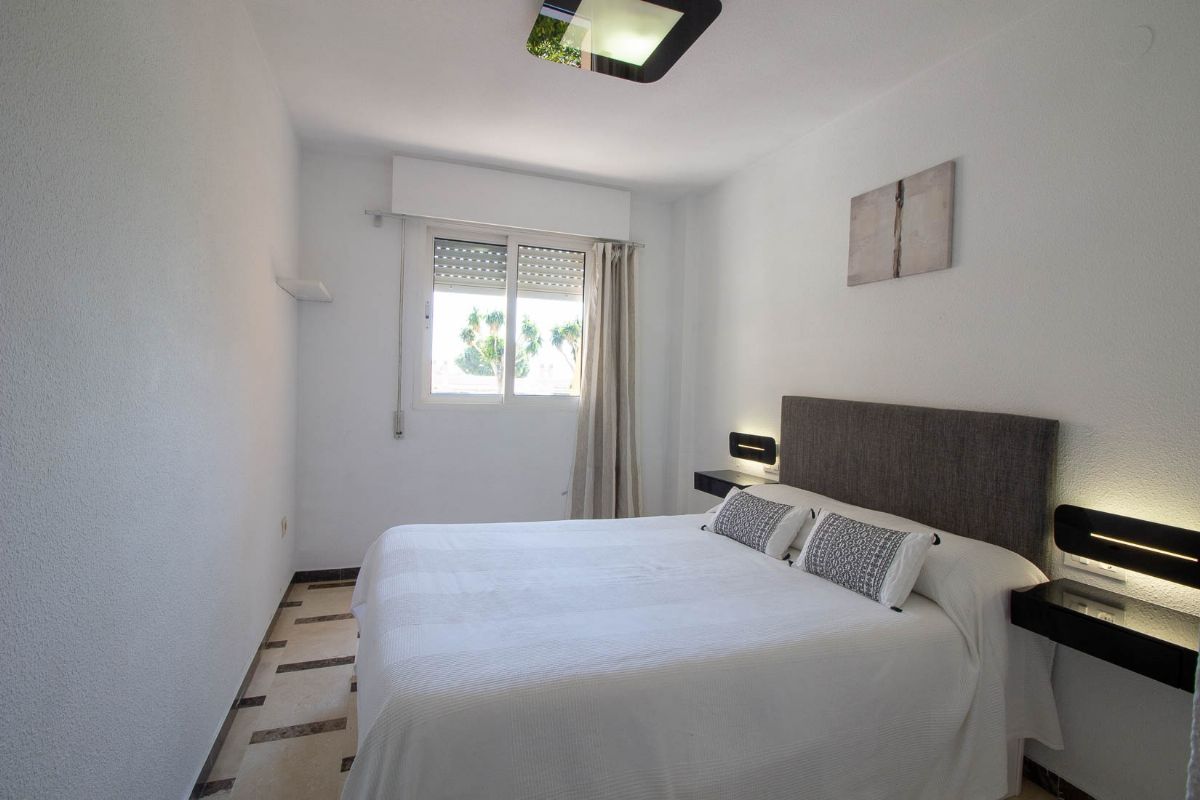 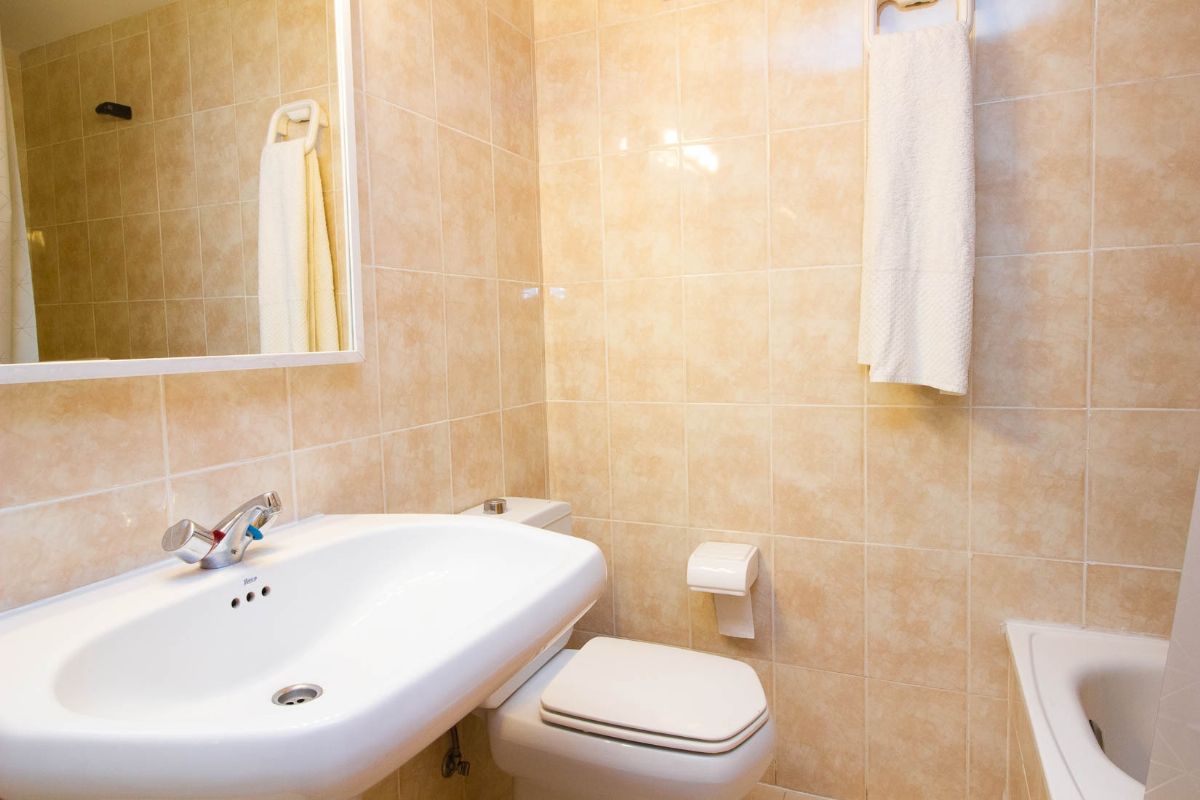 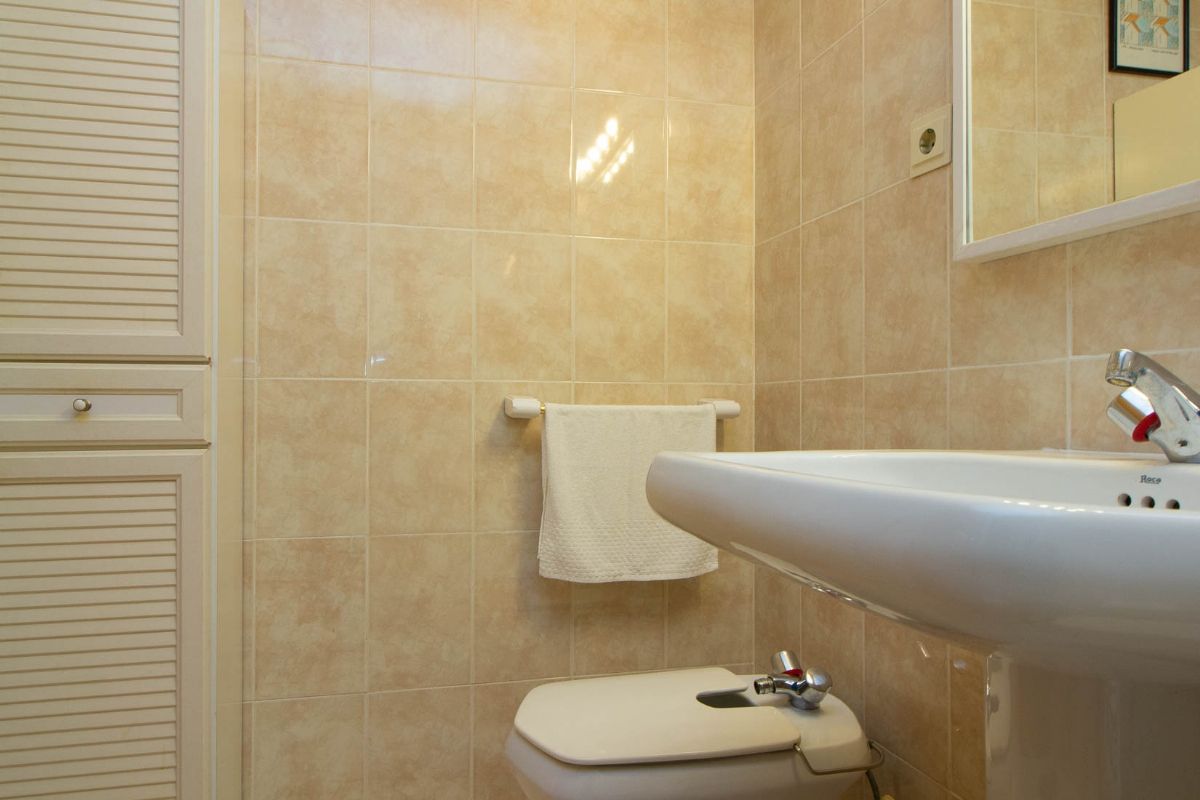 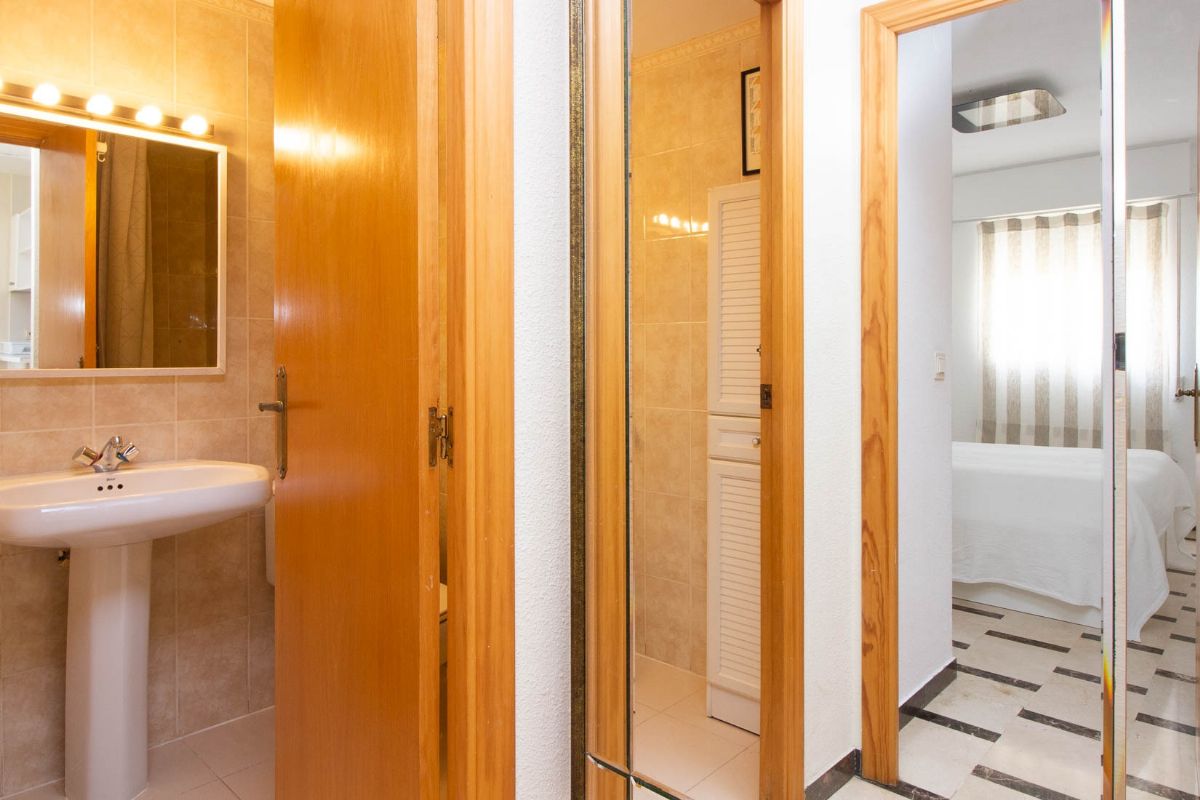 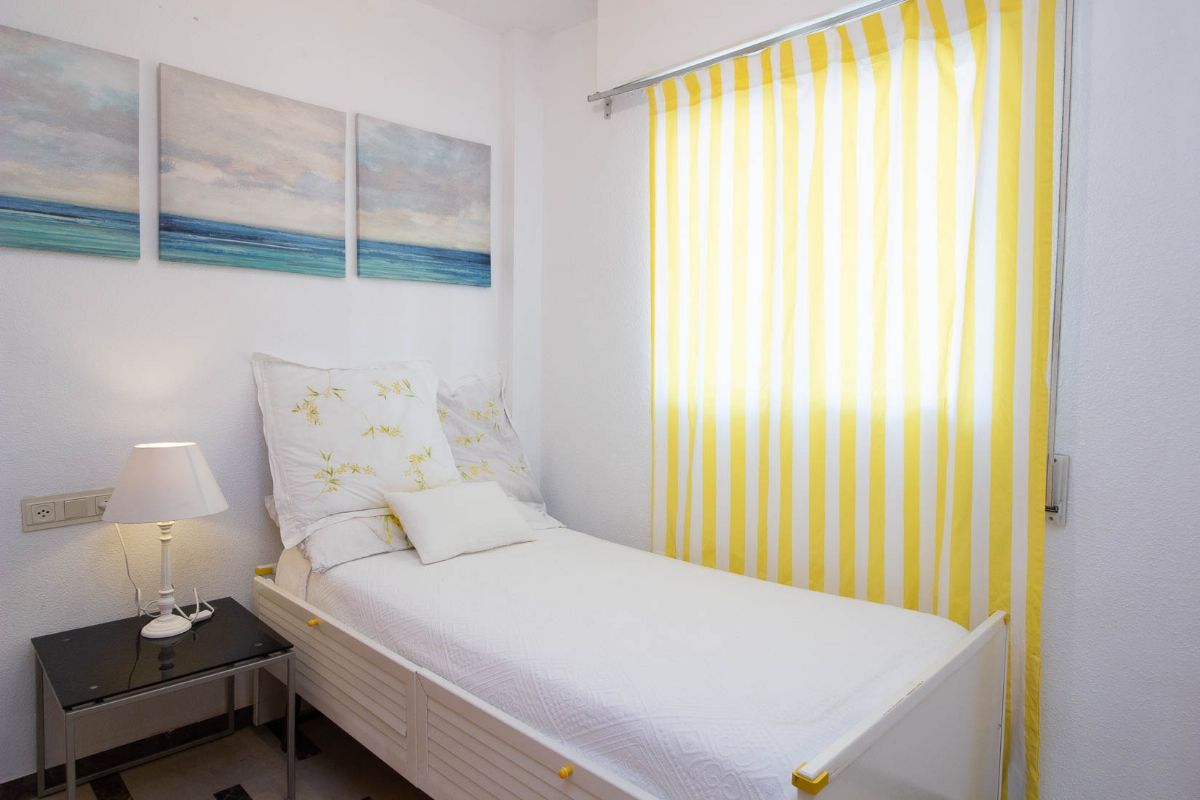 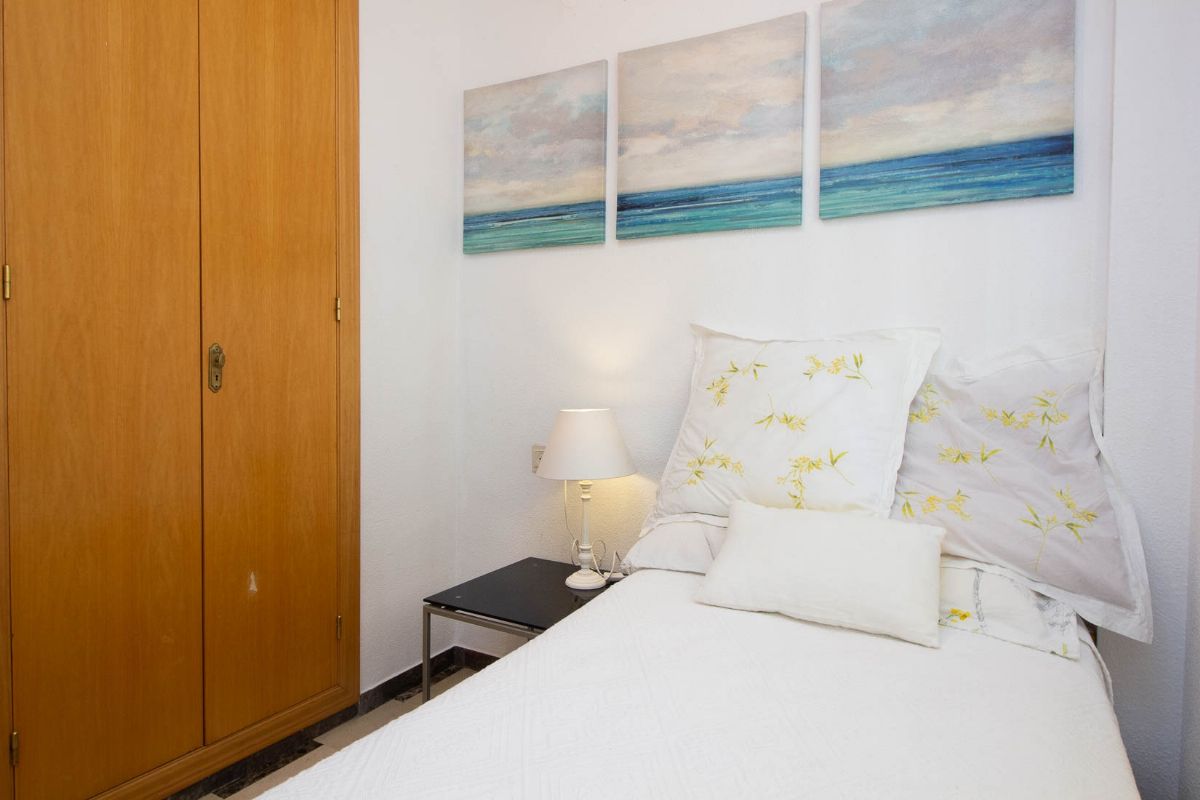 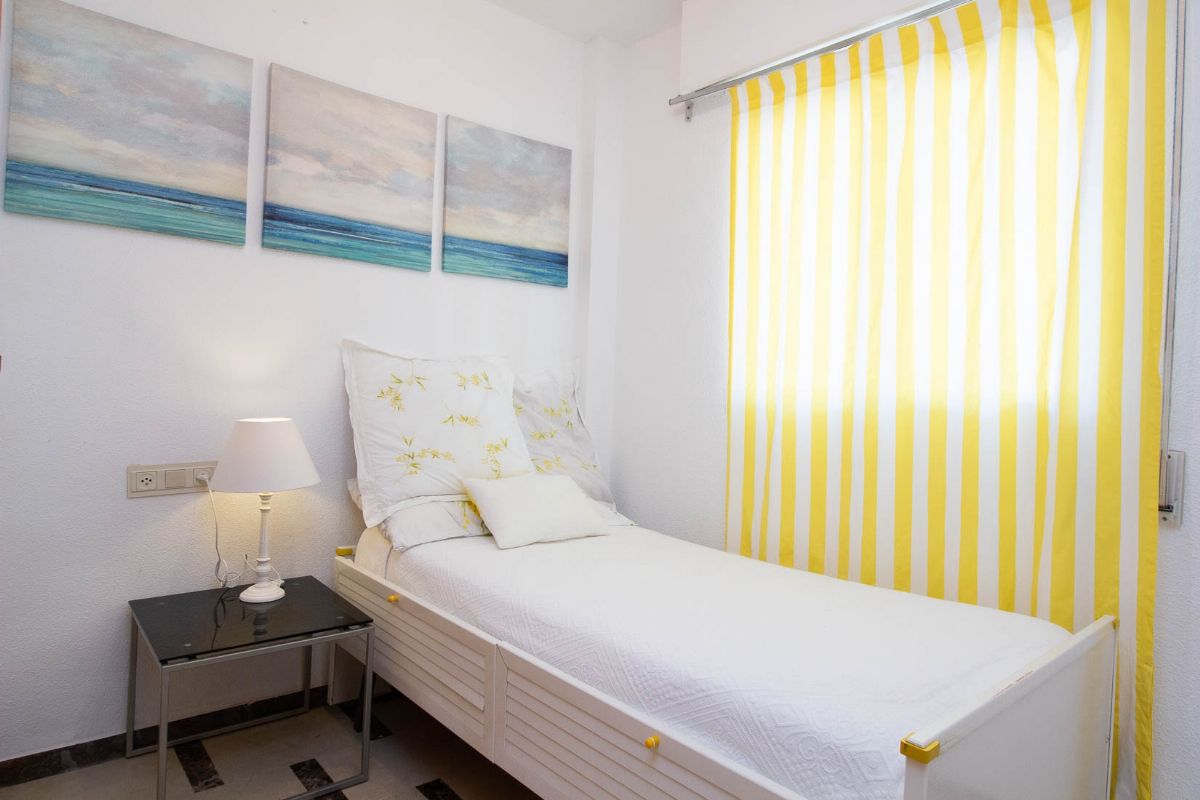 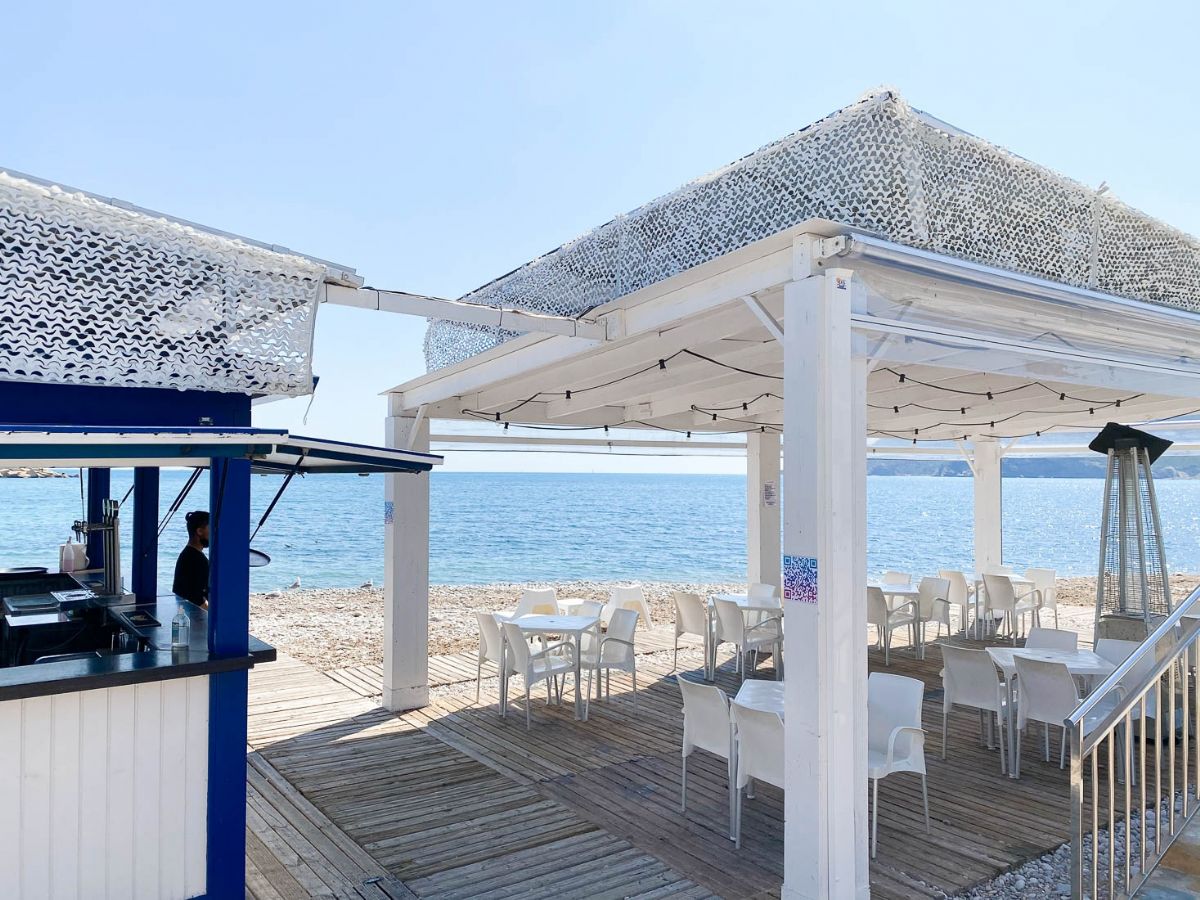 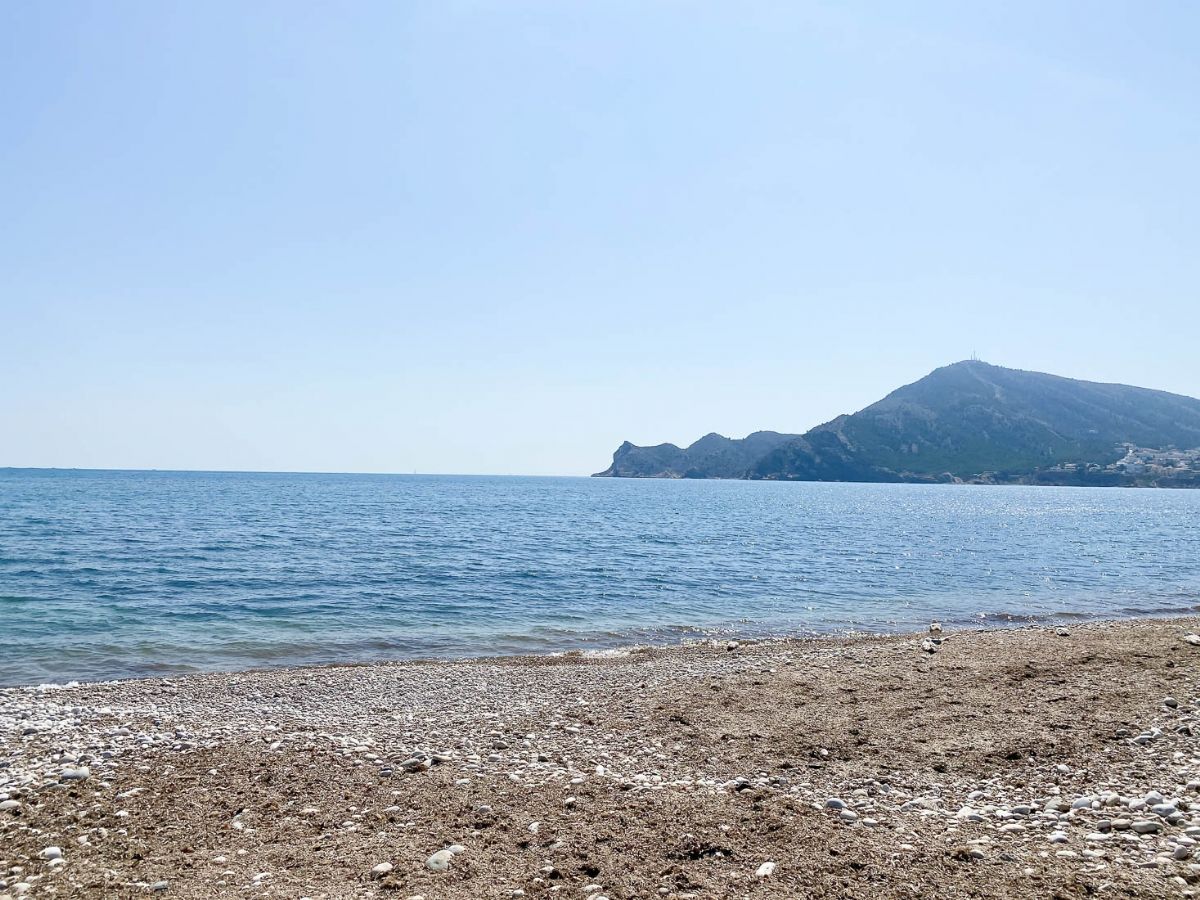 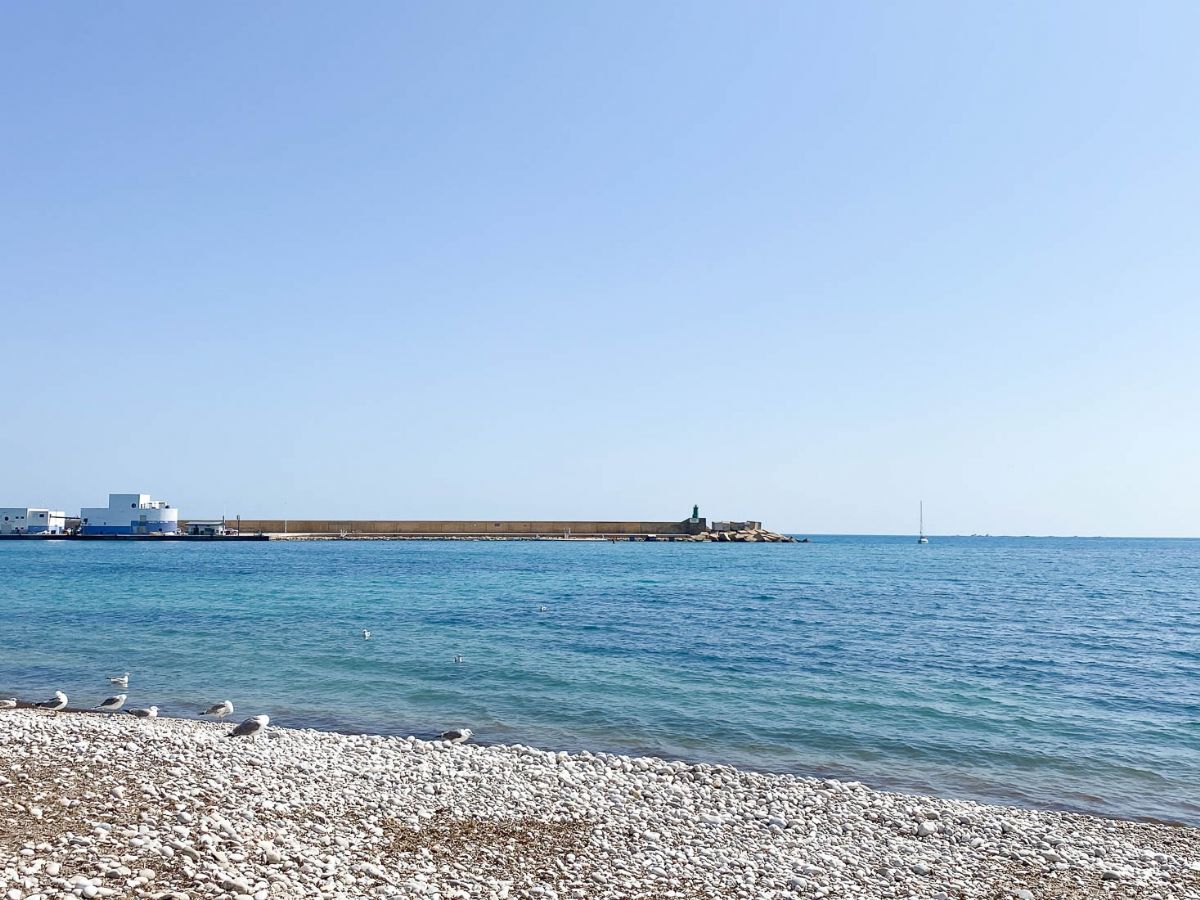 "SABOR" is an apartment, decorated in a very welcoming and functional way, with all the comforts. It is located next to the Club Naútico de Altea (Yatch Club).

58sqm, on the 1st floor (elevator). Spacious and bright.

At the entrance, to the left is the kitchen, open to the dining room and living room.

Equipped with stove, oven, microwave, refrigerator with freezer, extractor hood, Nespresso coffee machine, and kettel. It has direct access to a gallery where it is the thermos, which is electric.

To the right are the two bedrooms, both with a large built-in wardrobe and a bright window. One has a 1.35cm double bed and the other a 90cm bed.

Between the bedrooms there is 1 bathroom, complete with shower-bathtub, washbasin, WC and bidet.

From the entrance, at the back is the dining room, with a TV, a comfortable sofa, a table and four chairs. Then the terrace-balcony, which has a table with chairs.

There is an iron and ironing board in the apartment. Clothes line. A ceiling fan in the living-dining room. It has WIFI. And parking space (unassigned). And elevator.

“SABOR” is in front of the area of ​​the Puerto Deportivo de Altea, Club Naútico de Altea.

Hiking trails from the apartment, 300m.

The Altea Yacht Club is a classic. In addition to dealing with the management of private boats that are moored at the port, during the summer it organizes some activities for children with the City Council: Swimming, Sailing and Rowing.

It also has a Sailing School that organizes five-day intensive courses (for €110) to gain basic knowledge.

They have a terrace where you can have a drink that is very comfortable, with views of all the boats in the port.

Altea is south of Calpe and north of Alfaz del Pi.

Its main economic sector is tourism.

It is a very beautiful population: Its streets descend gently towards the sea. In them they emphasize small whitewashed houses. This feature of the urban landscape has made Altea both a holiday retreat and retirement retreat.

The city has two ports, one fishing port and one sport port. This last one more well-known like Nautical Club of Altea. Nearby is the promenade, recently expanded and extends from the port to the old fishing village. It has a multitude of shops, cafes, terraced restaurants and a busy street market where handicrafts can be purchased.

It has been rated as one of the most beautiful towns on the Costa Blanca.

In Altea are celebrated various festivals throughout the year among which stand out those of San Lorenzo. One of the days is the "Castillo de l'Olla", a fireworks castle, declared a touristic interest because it is one of the few that is fired entirely from the water, and is a point of innovation for pyrotechnics around the world. It already has a tradition of more than 25 years. This party brings together the second Saturday of August to more than 50,000 people.

Altea is 55 km from Alicante, 10 km from Benidorm and 133 km from Valencia, and is therefore a destination with easy access. To arrive by plane the closest airport to Altea is the Altet (Alicante), about 58 km away. Another important airport is Manises (Valencia), located 133 km from Altea.

All the beaches and coves of Altea stand out for the excellent quality of its waters. In most of them, the Blue Flag waves, which represents a recognition of the level of quality and excellence of the conservation and services provided on the coast of Altea: rescue and surveillance, service of hammocks, waste collection, access to the disabled and some with parks for small children.

We can stand out:

- CapBlanc beach: it measures 1,350 meters and its occupation is high. It has sand and gravel, and calm waters. As for its services, you can rent nautical equipment, and there are hammocks, umbrellas, showers, parking, buses and train station. It is next to the Nautical Club.

- Playa de L'Espigó: recently inaugurated, is an extension of the Altean coastline in more than 300 meters of beach and a promenade that communicates with the mouth of the river Algar.

- Beach of the CapNegret: its extension is of 1,450 meters and has a lot of vegetation. Its occupation is median, it has sand and gravel and the waters are a little riot. Among its services have umbrellas, hammocks, toilets and buses.

- Playa de la Solsida: it is one of the most attractive natural corners of Altea thanks to its thick vegetation and its privileged situation that makes it the perfect place to disconnect and escape from the summer hustle and bustle typical of other beaches.

- Playa de La Olla: measures 1,400 meters and is a semi-urban beach with average occupancy. It does not have sand but it is of gravel and bowls, with always calm sea. There is a train station, buses, parking and WC.

It has a special charm thanks to the small island of La Olla, which rests 470 meters from the coast and which can be reached by swimming.

Among the main attractions are:

• Church - Iglesia parroquial de Nª Sra. del Consuelo.The main church of Altea. It is the best known thanks to its two unmistakable domes and true tourist emblem alteano, by which the city is known like "The dome of the Mediterranean".

• The Old Town. It is next to the Church of the Consuelo, popularly known as El Fornet. It is considered one of the most beautiful areas of the city. It has numerous viewpoints as it is situated on top of a hill, cobbled streets and white houses adorned with flowers.

• Orthodox Church of Altea. It was the first orthodox temple built in Spain. It is dedicated to the Archangel Michael and is a replica of a 17th century Russian Orthodox church, made with materials brought from the Urals region.

Near Altea there are several golf courses (distances expressed from the Center of Altea):

Throughout the province of Alicante there are many theme parks. There you can enjoy, with the little ones of the house or with friends, of the animals as well as to cool down in their swimming pools.

We highlight some of them:

Bartolomé and Ángeles are the owners of this beautiful apartment. They currently reside in Valencia. They bought this house some time ago and they take care of it and keep it with care. They have decided to share it with people from all over the world who want to enjoy the excellence of Altea.