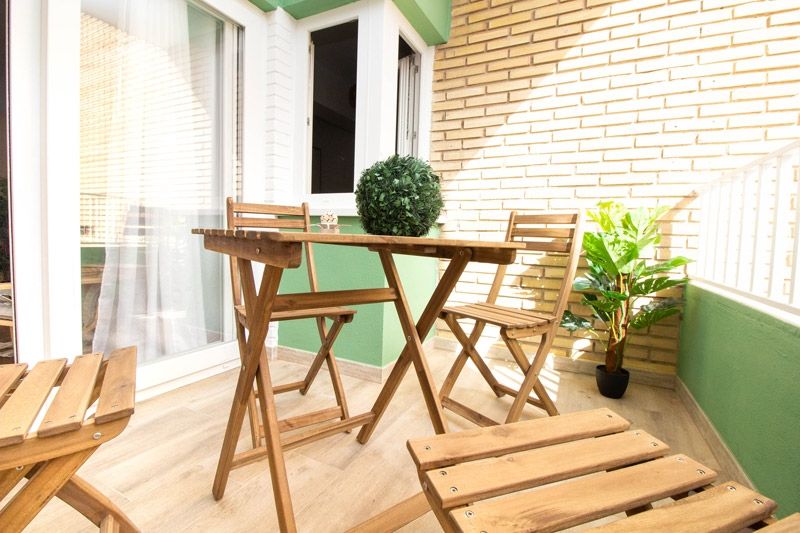 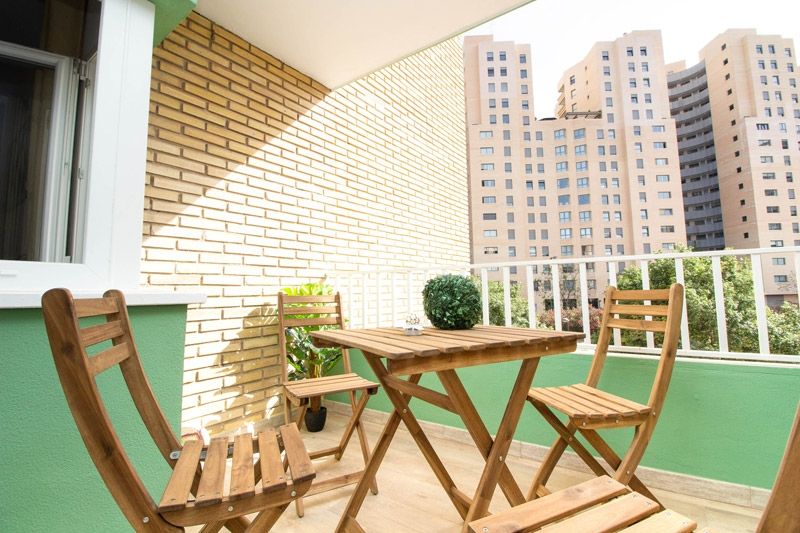 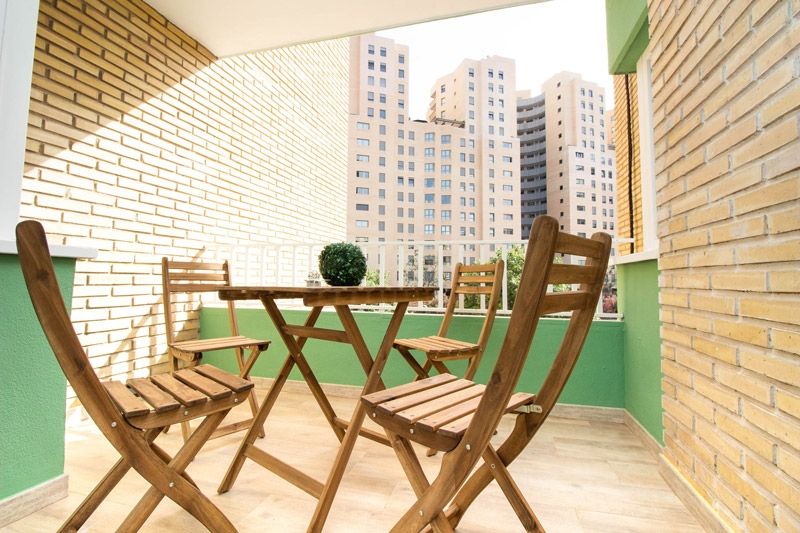 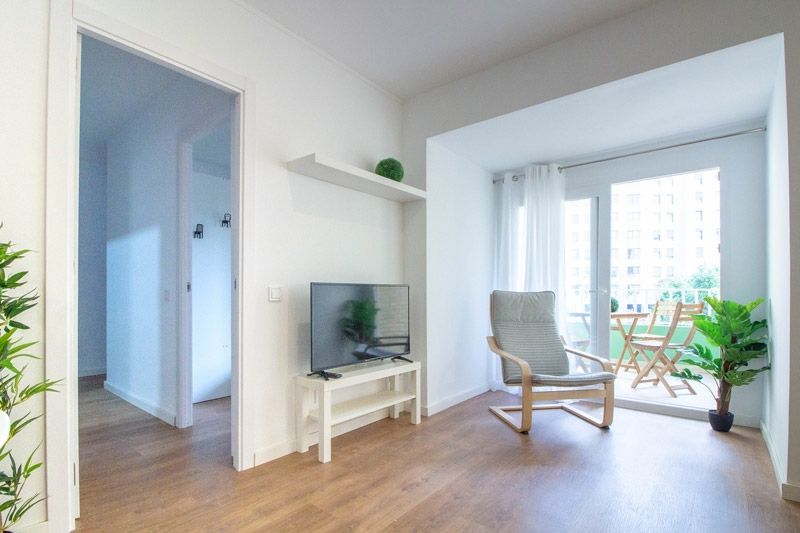 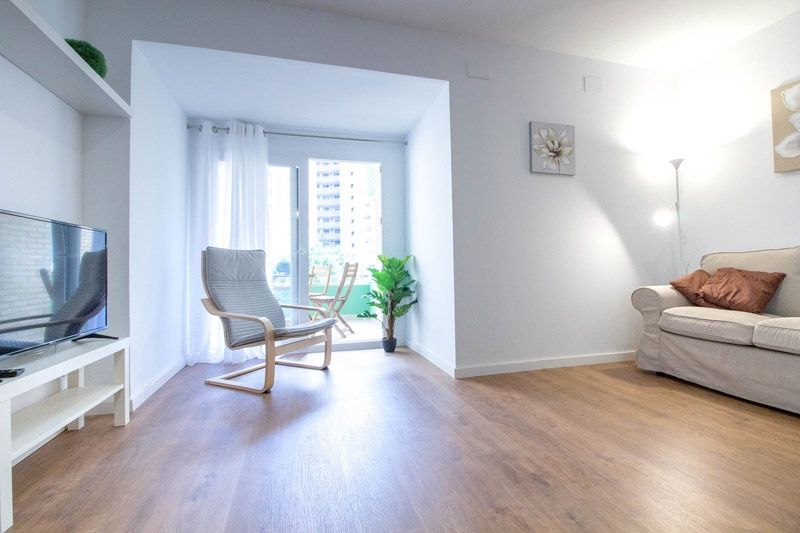 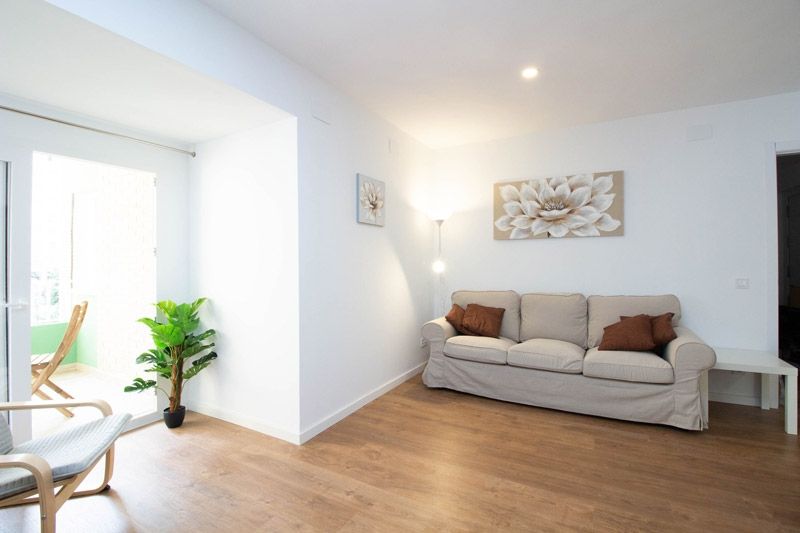 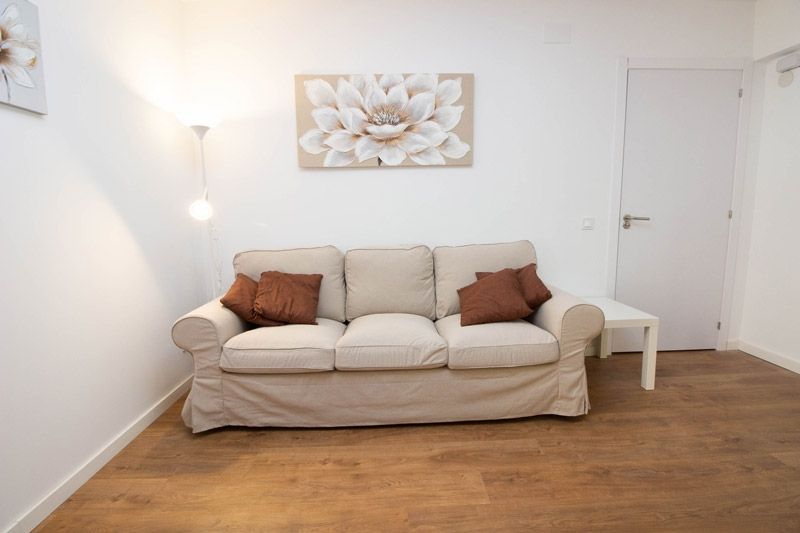 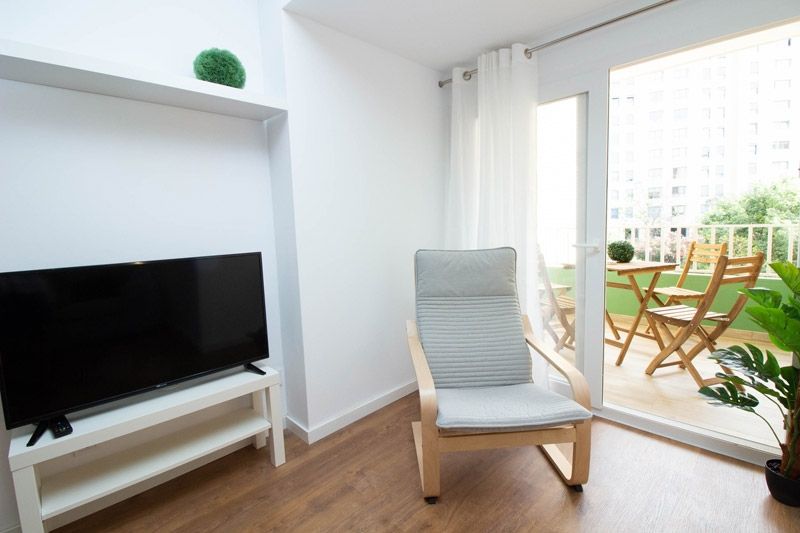 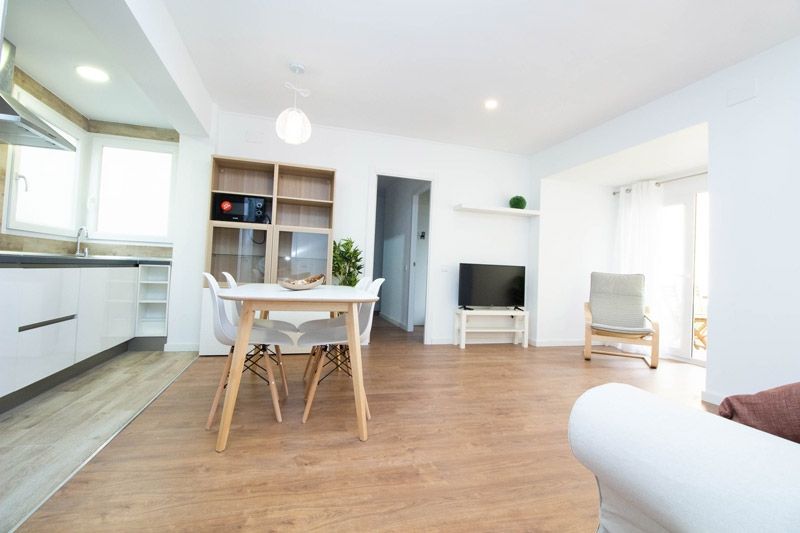 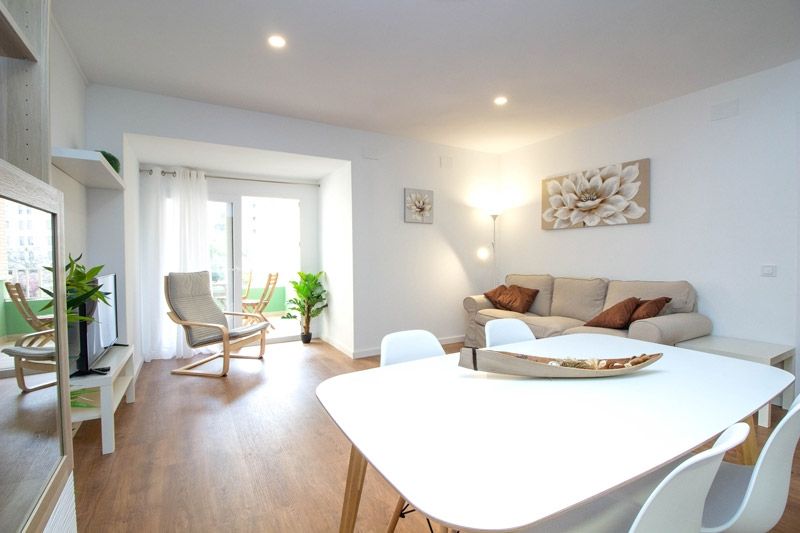 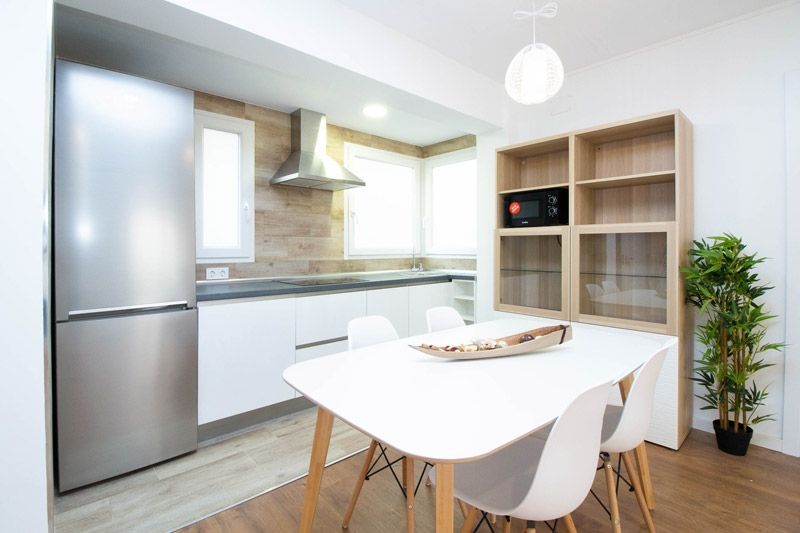 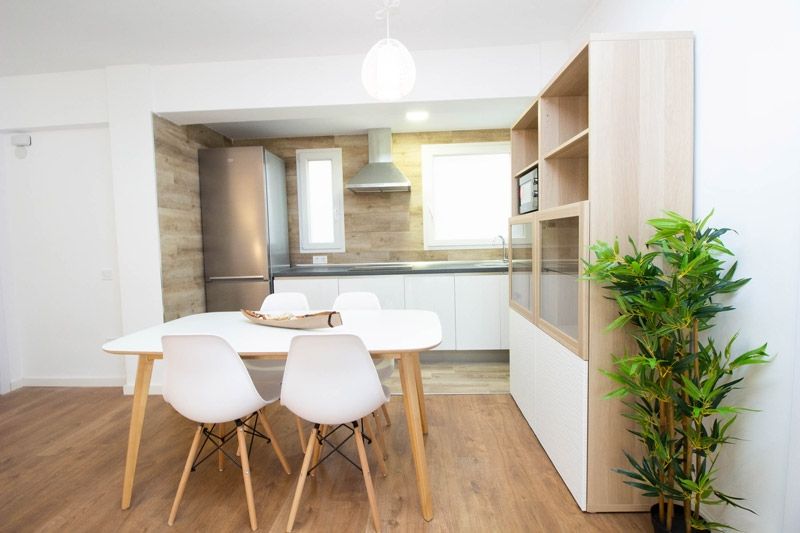 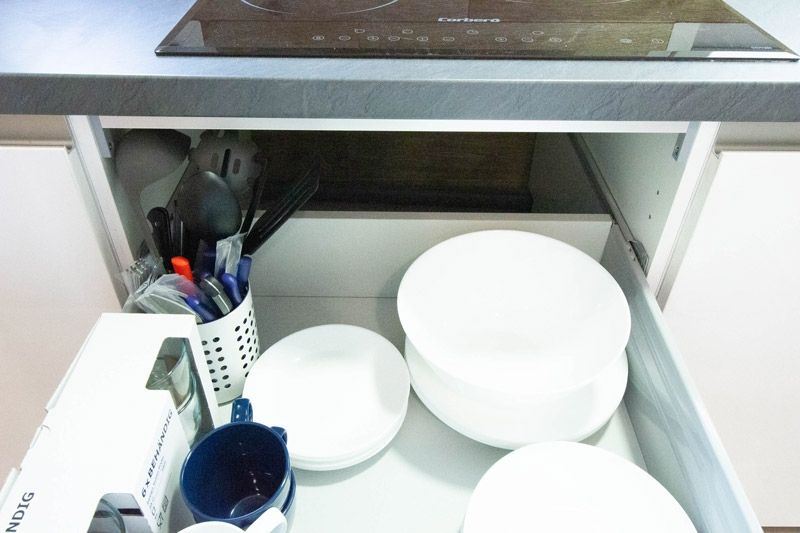 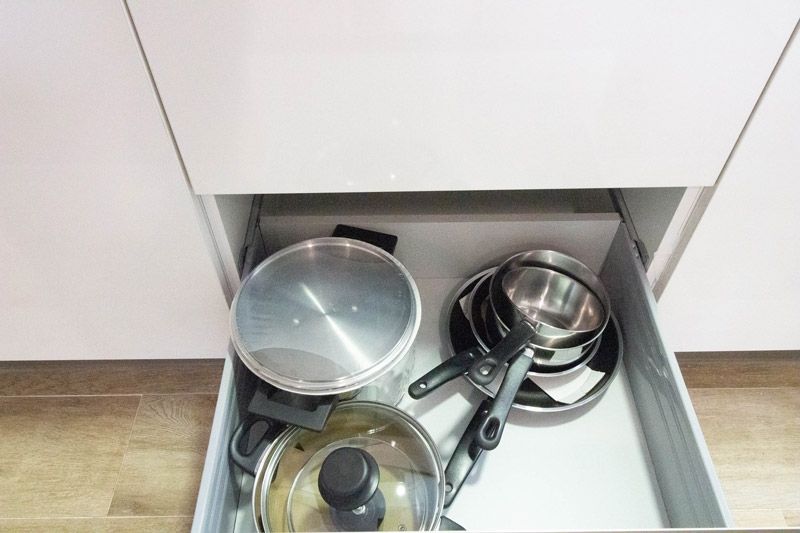 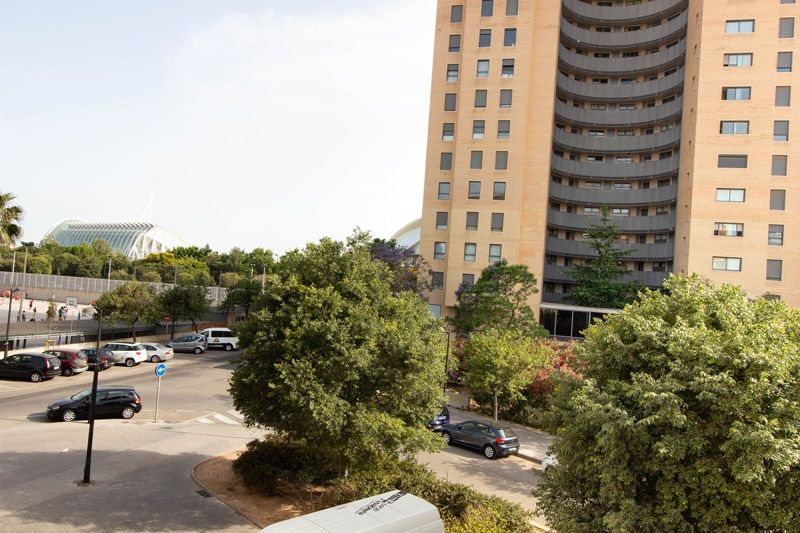 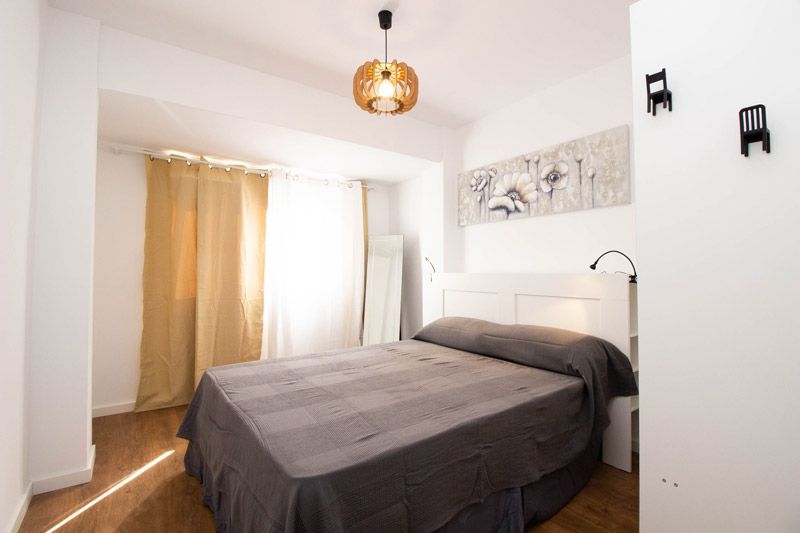 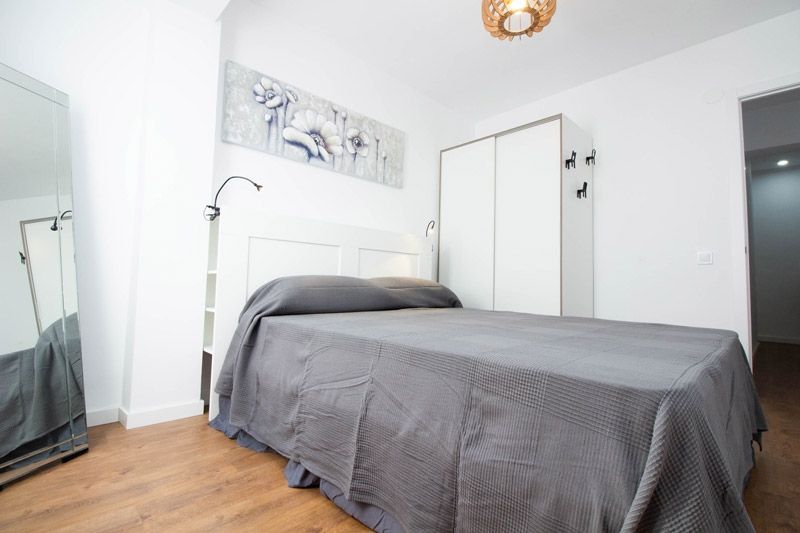 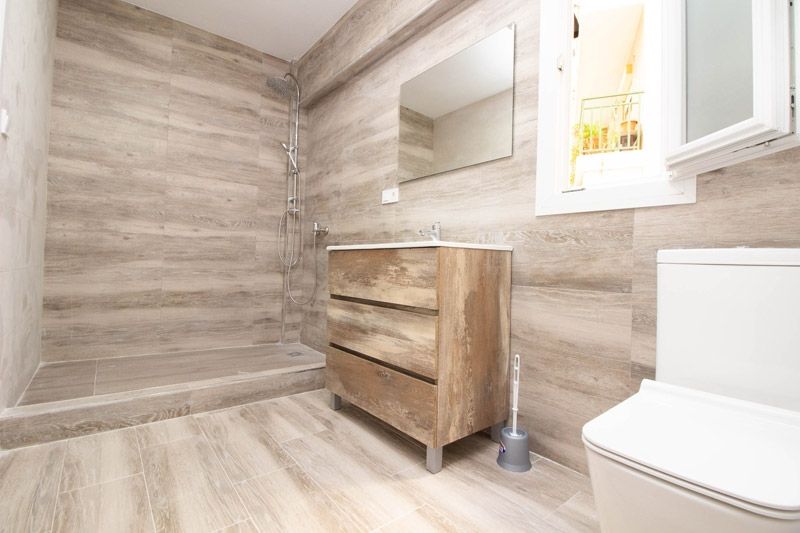 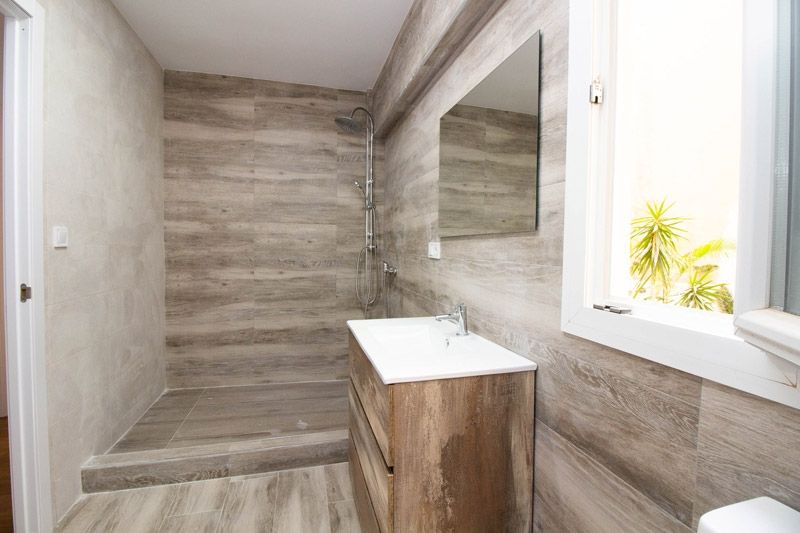 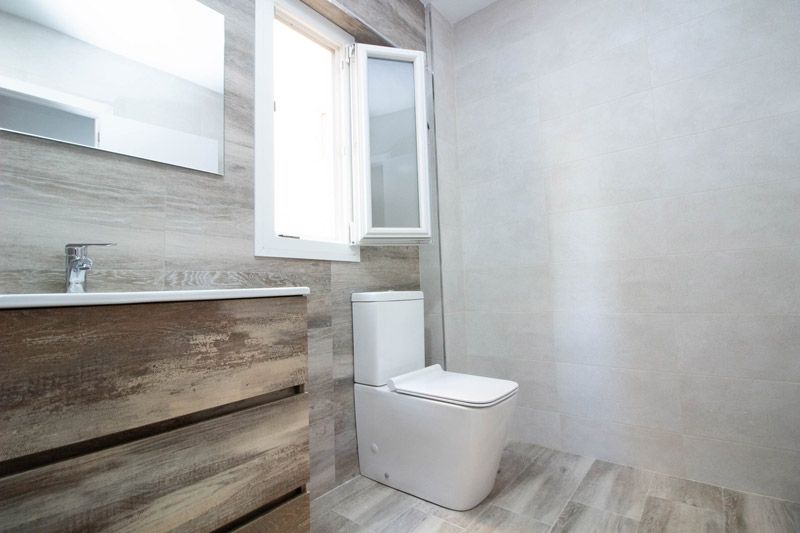 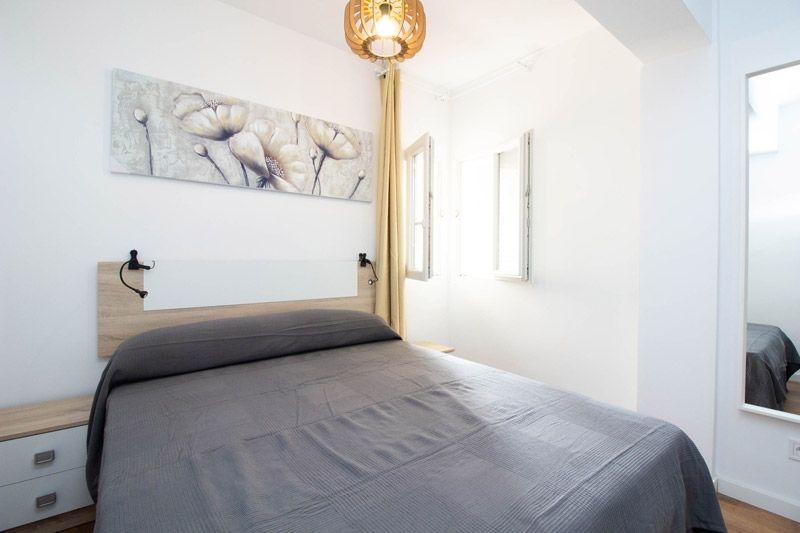 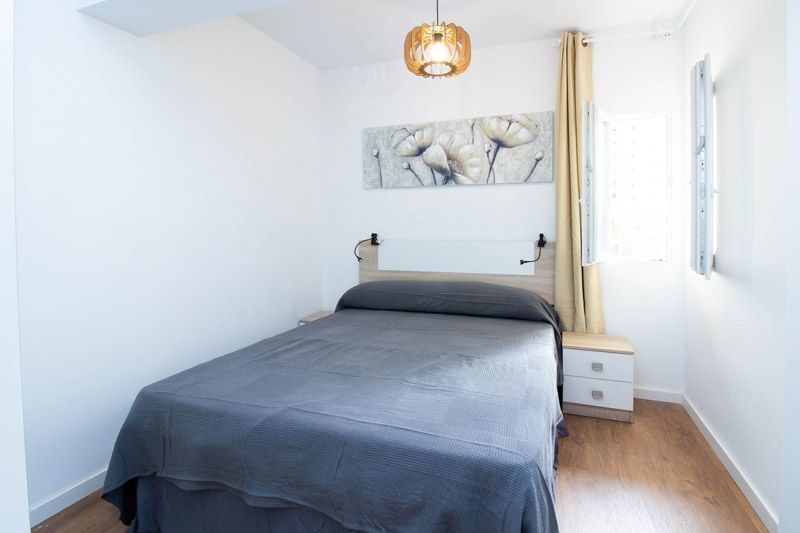 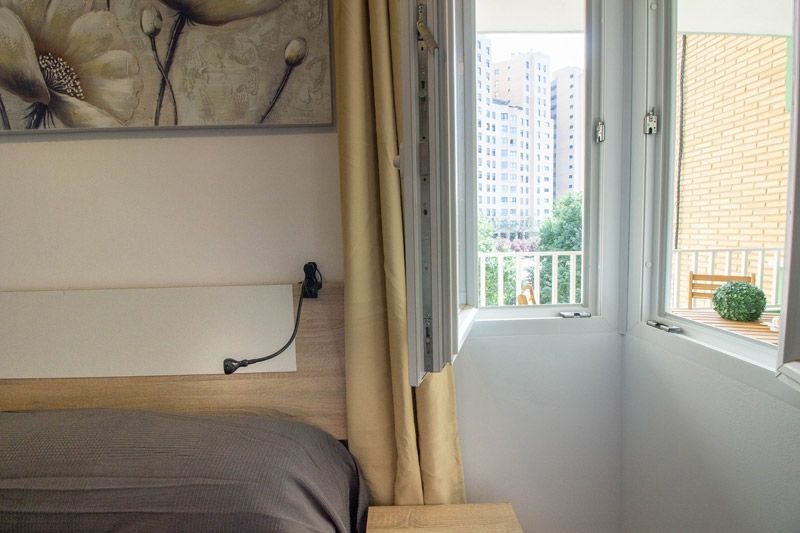 Cosy, lightly and comfortable 2 bedrooms and one bathroom apartment close to the City of the Arts and the Sciences.

Beluga apartment is South oriented and therefore it has direct sun all morning. From the living room there is a small terrace where to have breakfast in the morning or a drink at night. Kitchen is equipped with all needed to cook and have meals in the apartment. There are also a toaster, kettle, coffee machine and microwave.

From the living room there is a door and a corridor that brings you to the bedrooms and bathroom.

Fromm some windows of the apartment you will see the City of the Arts and the Sciences at your left.

Beluga apartment is very close to the City of the Arts and the Sciences: just a 3 minutes walk.

It is in a quiet neighbourhood. With supermarkets, restaurants and small shops all around.

ATRACCIONEATTRACTIONS CLOSE TO THE CITY 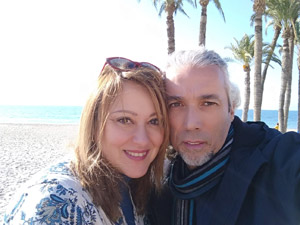 Amparo and Vicente are a very nice couple with 2 daughters. They were born in Valencia and they have Valencian typical names.